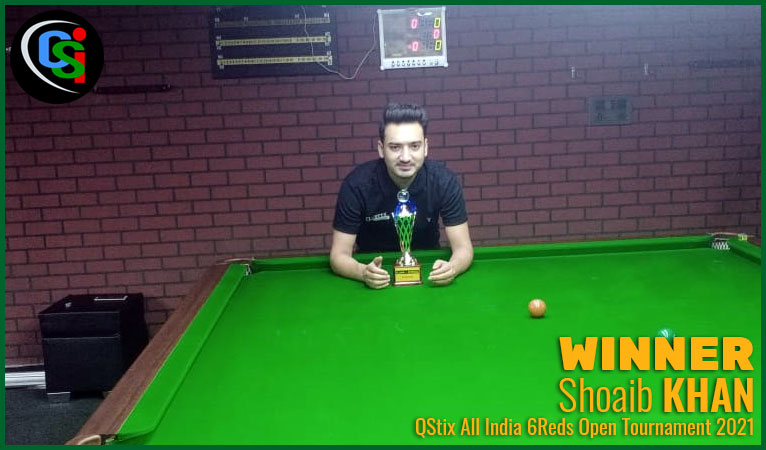 Shoaib was in good form and quickly pocketed the first two frames with ease scoring 43-10, 39-21. The third frame was a setback for him that he lost 26-38. Though he maintained his steam and won the next two frames scoring 46-18, 49-19 to cement his lead.

The reigning National Junior champion Digvijay Kadian of Haryana scored the highest break of the tournament with his total clearance of 6Reds maximum (75).

Junaid Ahmed was the Cheif Referee of the entire Championship.