Former World Team Snooker champion and multiple time international medal winner Vidya Pillai today reached the final of the World Women 6Red Snooker Championship 2022 here at the High End Snooker Club in Kuala Lumpur, Malaysia. With that she won a Silver medal for India before losing to the champion Waratthanun Sukritthanes of Thailand.

Additionally, another Indian girl Varshaa Sanjeev added a Bronze medal in the kitty of the Indian contingent by reaching the semi-finals where she lost to the champion Waratthanun 1-3.

Vidya had a great run throughout the championship where she cleared all her matches in the group stage except one, which she lost to Ip Wan In Jaique of Hong Kong in the deciding frame. Despite that loss, Vidya accumulated better average and topped the group B to get 5th seeding for the knockout.

At the knockout stage, Vidya advanced to quarter-finals and placed with one of the title contenders Narantuya Bayarsaikhan of Mongolia. Though she had such a tough opponent, Vidya showed the nerve of steel to defeat her 3-2 to confirm the medal for India.

In the semis, Vidya routed Ploychompoo Laokiatphong of Thailand winning the first three frames in a row. Later she settled for Silver after losing to Waratthanun 0-4

On the other side, Vidya's sparring partner at home Varshaa Sanjeev also topped her group C to meet Tatiana Istomina in the quarter finals and won 3-0 to confirm another medal for India. 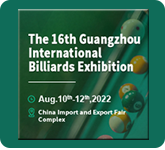