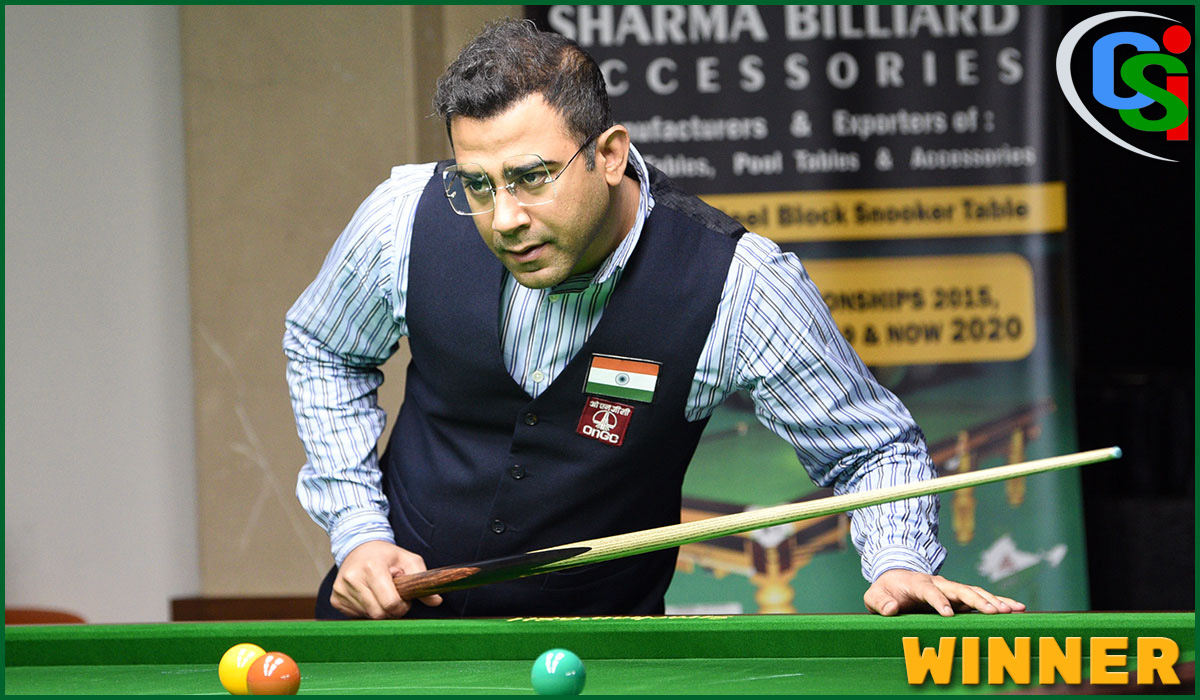 Sourav had a line-up where he defeated National champion, Aditya Mehta, in semi-final (5-3), former national No.2 E. Panduranga Rao (4-2) in the quarter-final, and Himanshu Jain 4-2 in the Last-16 stage.

In the final, he maintained his lead over Ishpreet Singh since the start in the first session and then cemented that lead to win 6-2.

Himanshu Jain scored a break of 111 in the initial rounds, which remained the highest break of the tournament.