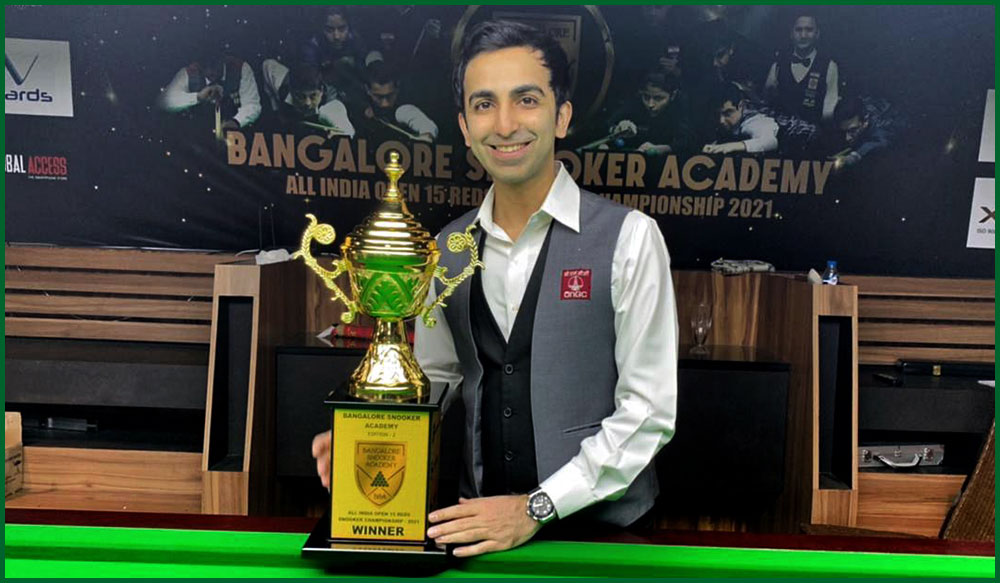 The best of 11 frames final was almost dominated by Advani and had no big problem in securing the victory except in the second frame where he lost closely by 67-71. Further in the procession, he also scored two breaks of 78 and 55 to take a big lead and after that closed the proceedings by winning the next two required breaks with a decent margin.

This was the first championship for Advani after a gap of exactly one year due to Pandemic. The last event he won was National 6Reds Championship 2020 at Ahmedabad on 11th March 2020.